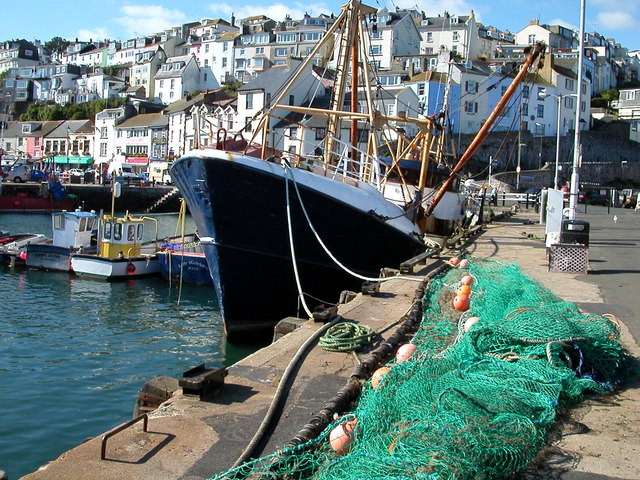 Rights to fish in UK waters were one of the final stumbling blocks to the completion of Brexit negotiations.

Under the deal, the UK will not have immediate control over its waters as promised by some Leave campaigners and UK fishermen will be able to fish far less than expected.

Speaking to DevonLive and In Your Area, Jim Portus, Brixham-based chief executive of the SWFPO said: “The Prime Minister announced with fanfare that he had ‘Got Brexit Done’. The deal had taken nine months to negotiate, and all in the fishing industry waited with bated breath for the details.

“We know now what the headlines are, but the small print will take time to be digested, rather like an excess of Christmas pudding, and we may suffer indigestion for a while.

“The industry had a few things on its wish list, mostly to do with quotas and access, but all things that are expected and quite normal for an independent coastal state.”

He said the fishermen had asked for an exclusive 12-mile limit similar to that enjoyed by Norway, and a fairer share of the fish quota, adding: “We shouldn’t give our fish away, asking nothing in return.”

He said there had been calls for an annual negotiation on quotas, as in the case of Norway, Iceland and the Faroes, and for the European Union to respect the UK’s new status and obey rules set in Westminster rather than expecting automatic rights.

“So what did Santa Boris deliver?” Mr Portus asked.

“Well, we do have extra quotas from January, although the devil is in the details.

“We don’t have an exclusive 12 miles zone, and must continue to share that important area with boats that have a recent track record. We think the numbers will reduce as their quotas reduce, so in time we may have a lot more opportunities for UK boats in our inshore waters. Again the devil is in the details.

“We are an independent coastal state and things will change over time, but it’s quite unfair the EU has enshrined the right to impose tariffs and penalties if the UK withdraws access in future years.

“The fish merchant sector will be very pleased because trade flows will be tariff-free and quota-free. There will be extra paperwork, but that was expected for a third country exporting to the EU.

“All in all, on balance, it’s a better deal than it might have been if we’d rushed the process.

“Boris has balanced the needs of both sectors with those of the wider economy and I’m going to give him credit for a job well done under very tough circumstances.”