‘Our voice has to be heard’ 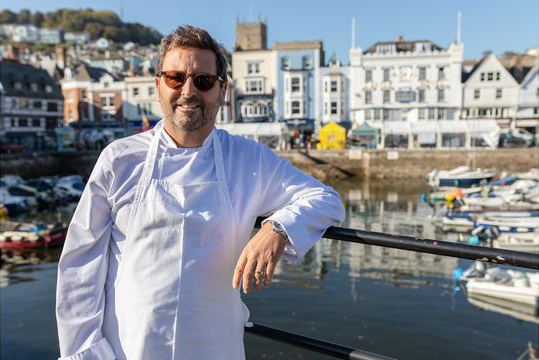 Celebrity chefs and other leading players in tourism and hospitality are calling for a bigger voice in Parliament for their battered industry.

A ‘Seat at the Table’ campaign has been launched in a bid to see a Minister specifically put in charge of hospitality and given a place within the cabinet.

A tourism minister currently sits within the remit of the Department for Culture, Media and Sport.

More than 180,000 people have so far signed a campaign petition which means there are enough signatures to force a debate in the Commons on January 11.

But supporters want the names to keep rolling in to ram home the message that they want a louder voice in the corridors of power to help a sector which has lost an estimated £200 million to the pandemic in Torbay alone and which will play a major role in getting the entire country back on its feet.

Tonks, whose restaurants include the Rockfish chain in Torquay and Brixham as well as the Seahorse in Dartmouth, says: “We want as many signatures as we can. We want 500,000.  We want the government to realise that we are going to play a big part in the country’s recovery and they need to listen.

“Our industry is full of brilliant entrepreneurs. It is down to these entrepreneurs to help rebuild our economy.

“If you go for a walk there’s the cafe and the restaurant and the pubs where we meet friends. We are an island nation. We need to meet.”

The English Riviera BID Company is fully behind the campaign. Chief executive Carolyn Custerson said: “At the moment it is wrapped up in culture, media and sport. There isn’t even a ‘T’ for tourism or a ‘H’ for hospitality in the title.

“Covid it has shown how critical hospitality is and how many jobs are at stake.”

She praised the government and the DCMS for the help it has so far given.

“The support has been unbelievable, with the furlough scheme, grants, extending VAT and business rates holidays.”

But she added: “With the industry knocked off its knees for almost 12 months now the money they have managed to earn in between has not been enough even with that help.”

The petition can be found here: https://petition.parliament.uk/petitions/552201/signatures/new